This post was originally posted on the Capitol Restoration website.  I am providing it here as a convenience for my constituents.  For more information on the progress, visit their website at http://capitolrestore.ok.gov. 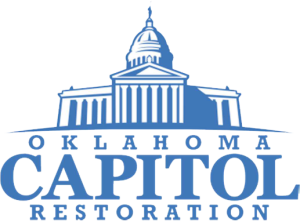 In mid-July, crews began installing scaffolding on the west face of the Capitol’s north wing. Large scaffolding can now be seen by passersby on Lincoln Boulevard and around the Capitol grounds. It is the most visible sign of progress to date on this historic restoration project.

Interestingly, the scaffolding used on the Oklahoma Capitol was also used in the restoration of the Kansas and Minnesota state capitols.

After scaffolding was installed outside the building, workers inside began placing temporary partitions in rooms with windows. The partitions, which will be up for about six months at a time, allow experts to safely abate lead paint and non-friable asbestos on the windows while also serving as a barrier to dust and noise for office occupants.

Crews have since abated the lead paint around the fasteners that hold the windows in place, which paves the way for the first of almost 500 window removals to begin.

Removing and restoring windows as old, large and ornate as those on the Capitol is an extremely intricate and time-consuming process. Once window components are removed, they are sent to a fabrication facility to be sand blasted, repaired and painted, then, sent back for re-installation. As this occurs, the cast iron window frames undergo similar restoration work.

The stone restoration process is also beginning. Scaffolding will soon be encased in a tarp to allow for climate control in the work area around the Capitol’s limestone and granite exterior. Climate control is necessary because this difficult type of stonemason repair work must be done in an environment between 50 and 90 degrees Fahrenheit to produce acceptable results.

More scaffolding is being installed on the north face of the north wing of the building, where the same process will repeat itself. Scaffolding will continue to be installed in the same manner in a clockwise order on each face of the Capitol over the next three years. While the whole building will never be encased in scaffolding at one time, about half of it will be encased at once when the exterior work reaches peak levels. 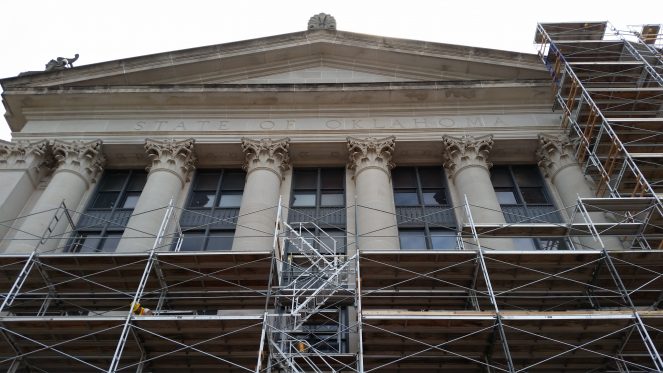 On the construction front, the ongoing construction in room 109 on the first floor is in the final stages and remains on schedule. Millwork is being installed while the final finishes – such as tile, carpet, paint, and trim work – are completed.

When these items are finished, House of Representatives staff currently occupying space in the basement will move to room 109. This will clear out a major swath of occupied space in the west wing of the basement in preparation for demolition.

The sequenced basement demolition plan remains on track to begin this month. The former library space in the east wing will be demolished first, followed by most space in the west wing. The west entrance to the Capitol will remain open and a temporary corridor will be installed for safe access to the building from that location.

Major infrastructure and utility work in the basement immediately follows the demolition.

On the design front, the design team has spent the past several weeks meeting with the Election Board, Ethics Commission and the House of Representatives staff to design those tenants’ new space in the basement’s west wing. As authorized in SB1583, several Capitol tenants will move to new locations to accelerate construction and save money through the single move strategy.

By spring 2017, architects and engineers on the design team will have met with every tenant and produced a set of architectural drawings that will be used until the end of the project in 2022.

Proper personal protective equipment is required in all construction zones at all times.

END_OF_DOCUMENT_TOKEN_TO_BE_REPLACED 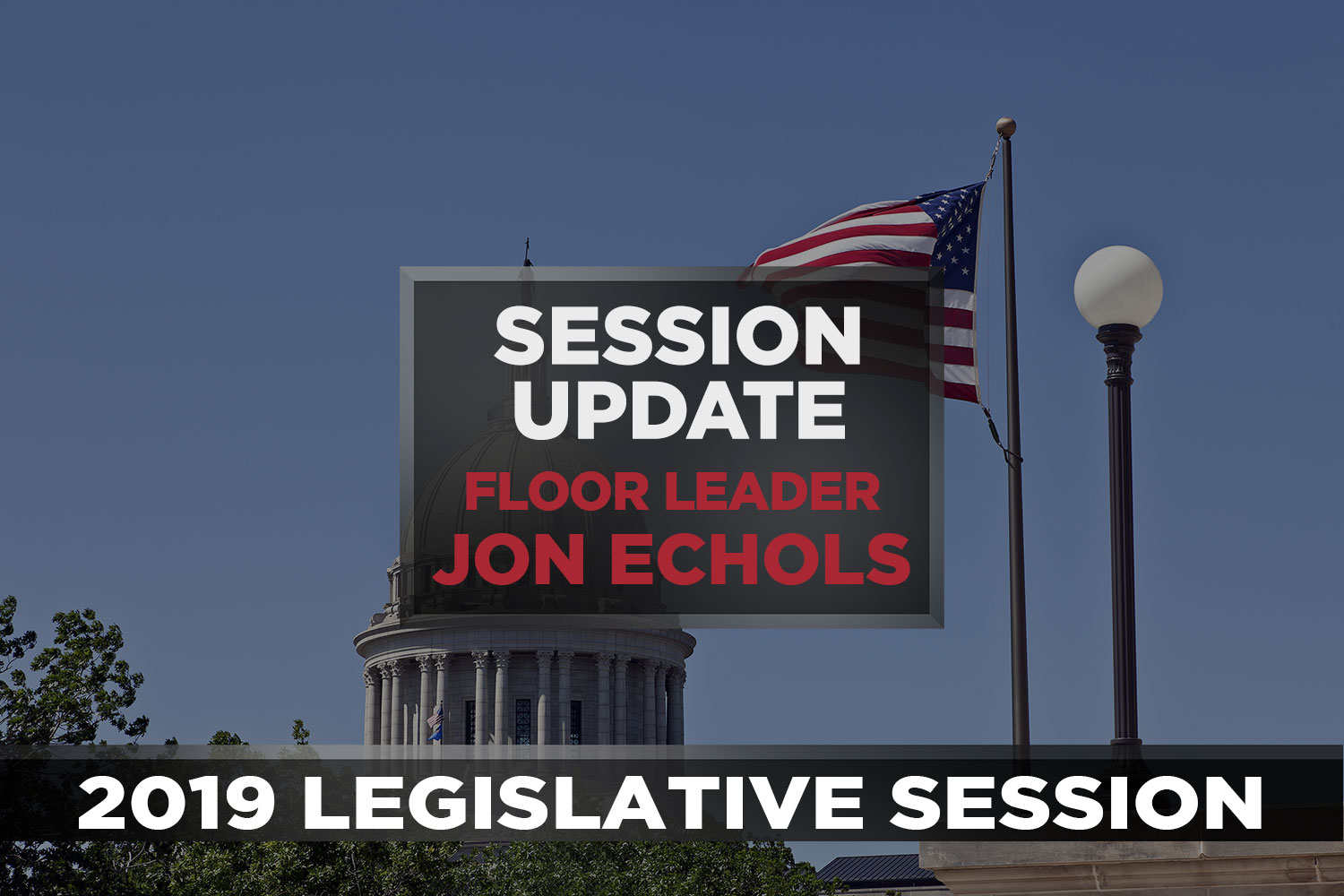